↓ Skip to Main Content
Home › 2011 Election › Cord “Not So” Sterling and Mudslide Mark vs. StaffordCo Schools

Cord “Not So” Sterling and Mudslide Mark vs. StaffordCo Schools

I think it’s fairly well documented on how Mudslide Mark Dudenhefer has voted to cut millions in funding for Stafford County Public Schools and in 2011 he voted against increasing funds to the school board by $1 million. We’ve previously talked about Mudslide’s chain-sawing of the school’s operating budget and the resulting effects on our school system.

What we haven’t discussed is the self-purported myth that Rock Hill Supervisor Cord “Not So” Sterling has fought to increase funding to our school system. Let me say this very clearly: Cord is no friend of our schools.

How are we supposed to keep our outstanding teachers, if we can’t even pay them competitive salaries? You know it isn’t cheap to live in the 7th richest county in America.

I’m sure that Sterling and Mudslide will try to further slice and dice the numbers and ask county staff to develop some sort of report to show just how supportive they are of our schools. Maybe they can claim a computer “glitch” like Sheriff Jett.

Just how bad have things gotten for Stafford County Public Schools? Sterling and Mudslide cut school funding back to 2006/7 levels as the percentage of schools making Annual Yearly Progress (AYP) fell from 95% to 33%. That’s what I call results?!

Worse yet, according to Independent Rock Hill Supervisor candidate Dean Fetterolf, the amount of funds transferred to schools as a percentage of total county spending has fallen more than 16% since 2006. Yet, in 4 of the last 6 years schools saved and returned nearly $8 million to the county general fund. During this recession our neighbors increased their funding above their existing required local effort levels by an average of 20%. Stafford cut its by 30%!

These draconian reductions in funding have had a direct impact on our classrooms. Stafford County now sports the 5th highest K-7 student ratio in Virginia.

Sterling and Mudslide are either in denial about our schools or intentionally trying to mislead voters on the state of our schools. It’s an election year and they really want your vote. 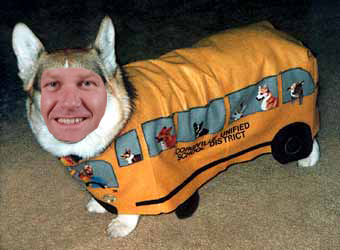 It isn’t only our teachers and students that Sterling and Mudslide have turned their backs on, but also critical school support staff that keep our schools running smoothly. Back in December of 2009, they voted to deny salary increases to certain categories of school employees (including bus drivers and cafeteria workers).

If I were Sterling and Mudslide, I wouldn’t be sitting down for a school lunch anytime soon.

3 comments on “Cord “Not So” Sterling and Mudslide Mark vs. StaffordCo Schools”