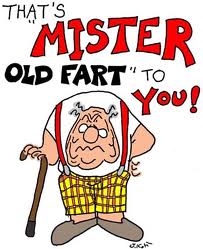 week, we witnessed a Republican Party that is becoming increasingly out of touch – and desperate to hold on to power and the past!

On the state level in Virginia, GOP leaders continued their attempts to change the rules on voting and how Presidential elections are tallied.  They are still simmering over the President’s SECOND victory in Virginia, which propelled him to a second term. This happened even after GOP leaders spent last year passing legislation to disenfranchise minorities, college students and the poor.  So, this year, the GOP ramped up their efforts to make it even HARDER for these voters to exercise their Constitutional rights.

As if that weren’t bad enough, GOP leaders in the state Senate, split evenly between 20 Republicans and 20 Democrats, snuck in a redistricting bill on Monday, January 21, Inauguration Day, when Sen. Henry Marsh (D-Richmond), a noted civil rights leader in Virginia, went to D.C. to attend the Inaugural ceremonies.  With the Senate now divided 20-19, the GOP had the advantage and rammed through this bill.  Even Lt. Gov. Bill Bolling, Republican, was ashamed.  Republican Gov. Bob McDonnell distanced himself from the Senate action, but whether or not he will veto the bill remains to be seen.

And as if THAT weren’t bad enough, Virginia GOP Sen. Bill Carrico led the fight to change the electoral rules of Presidential elections from winner-take-all to proportional allotments by Congressional Districts, which the Tea Party/GOP Congress gerrymandered in 2011 and which would give the GOP the advantage.  This paralleled action in other states controlled by the GOP that were won by Obama.

With these actions, the GOP motto has become: If you can’t beat ’em, cheat ’em.  Remember, this is the “values” Party….

Let’s face it, Republican leaders are mad!  They HATE the fact that Obama is President – and won again!  They will do anything to gain and keep power, including lying, cheating and stealing.  They and their shrinking base of old white guys HATE the fact that the face of America and Virginia is changing, so they fuel the flames of fear and use lies to divide people, and pass laws that keep people from voting and change the rules so they can win.  They continue to call the President names, and on and on and on….

Sadly for the country, it’s SOS from the GOP – a bunch of Grumpy Old Pfarts.

The day after the Inauguration, GOP Speaker John Boehner accused the President of trying to “annihilate” the GOP.   At the rate they are going, Boehner and his GOP/Tea Party right-wingers will accomplish this feat all on their own.  Here’s to their success!