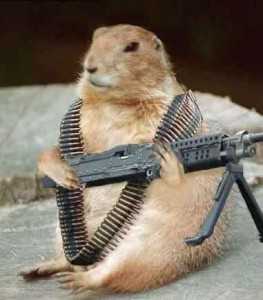 Feb. 2, 2013 — Today is Groundhog Day.  ‘Punxsutawney Phil’ predicted an early Spring.  But reading the news out of  Washington and Richmond, it looks like we will continue living with the Republican’s Winter of Discontent and suffer more weeks of Republican obstinacy.

For the past four years, we have witnessed the constant drumbeat of Republican opposition to anything proposed by President Obama. Opposition to Obama’s budgetary and economic plans have slowed economic recovery and even downgraded the Nation’s credit rating for the FIRST time in history. This Republican temper tantrum, coupled with their plans to slash and burn government, continues to cause uncertainty in our economy. At a time in our Nation’s history when our leaders should be coming together to do what’s right for the country, Republican leaders continue to cry like colicky babies and for the first time since Obama’s economic recovery, the economy contracted during the last quarter of 2012.

Right on queue, of course, the explanation from Republican leaders and their right-wing noisemakers blamed Obama’s spending. They say we need more federal budget cuts.  But, looking at the facts, which are like kryptonite to right-wingers, federal spending is down, and in fact, last quarter’s slide is largely attributable to federal spending cuts.  Let’s get this straight: the economy slid due to federal budget cuts, and so Republicans want MORE cuts! It’s been stated before, but the media largely dismisses it, but you have to really wonder if these guys are deliberately trying to sabotage our economy for their political gain.

Washington is paralyzed by the hit and run tactics of Republican leaders.  On the state level, it’s not much better.  Here in Virginia – and in other places across America – we now have Republican leaders advocating nullification of federal laws. The latest salvo is in response to the President’s call for a comprehensive plan to tackle gun violence. Never mind that the President’s measures are backed by the majority of people, including NRA members, Republican leaders say they will ignore federal laws, and even our own Republican Senator Bryce Reeves pushed legislation to do just that! We know it’s a blatant smooch to the NRA and extremists in the base, but what kind of message does that send to our kids?

What is going on today is nothing short of treason. Yep, I said it. You think that’s harsh?  Okay, but what do you call someone whose actions are deliberately harmful to the country? What do you call someone whose actions deliberately advocate unlawful actions against the government and incite others to follow suit? Before you blow this off, let’s look at the definition of treason:

1.the offense of acting to overthrow one’s government or to harm or kill its sovereign. 2. a violation of allegiance to one’s sovereign or to one’s state. 3. the betrayal of a trust or confidence; breach of faith; treachery.
Origin:
1175–1225; Middle English tre ( i ) so ( u ) n  < Anglo-French; Old French traïson  < Latin trāditiōn-  (stem of trāditiō ) a handing over, betrayal. See tradition
Synonyms
1. Treason , sedition mean disloyalty or treachery to one’s country or its government. T reason is any attempt to overthrow the government or impair the well-being of a state to which one owes allegiance; the crime of giving aid or comfort to the enemies of one’s government. Sedition is any act, writing, speech, etc., directed unlawfully against state authority, the government, or constitution, or calculated to bring it into contempt or to incite others to hostility, ill will or disaffection; it does not amount to treason and therefore is not a capital offense. 2. See disloyalty.
Looking at these definitions and what the Republican Party and its leaders have been doing, it is pretty obvious to me that if it’s not treason, it’s sedition.  We can argue the difference, but it’s disloyal to their oaths of office and is harming the country and all of us, and we need to speak out and call it like it is.  Period.