Did Timothy McLaughlin Break the Law? 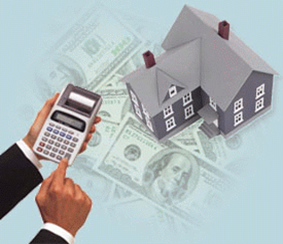 information” that raises some pretty serious issues about Timothy “Tim” McLaughlin’s, candidate for Spotsylvania Supervisor in the Chancellor District, actions leading up to his run for Board of Supervisors.

Based on publicly available information, we have discovered some pretty concerning information regarding McLaughlin’s residency.

In the Free Lance-Star’s recently published Voter’s Guide, Tim McLaughlin claims to have lived in Spotsylvania County for 9 years and lists himself as a retired Marine Corps officer. Based on information we’ve gathered, McLaughlin retired from the United States Marine Corp in 2009. So based on this timeline, McLaughlin was in the service between 2002 and 2009 while living in Spotsylvania County. During this time he claimed 1003 NW 167th Avenue, Pembroke Pines, FL 33028 as his “legal residence.”

It’s is completely legal for a member of the military to have “legal residence” in one state, but be stationed in a different state per the Servicemembers Civil Relief Act.

[This act] allows military members to pay taxes, register vehicles and vote, etc., in their “state of legal residence,” rather than the state they are stationed in. This can sometimes result in a tax advantage because several states exempt military pay from state taxes.

The easiest proof is “physical presence in the state.” If you are currently stationed in a state, and wish to make it your permanent home, it’s generally pretty easy. If you are not currently stationed in the state you wish to make your permanent home and have never been stationed there, it become [sic] much harder. Generally, you need a specific address, not just the state in general. You can show your intentions to become a legal resident by registering to vote in the new state, by titling and registering your car in the new state (notifying your old state of the change), by getting a driver’s license in the new state, or by preparing a new last will and testament (indicating your new state as your legal residence). Buying real property in the new state will also reinforce your claim.

Unless you can show clear intentions, the military will probably not allow you to change your “legal residence.”

So, if McLaughlin bought a home in Spotsylvania County, which he has, and sold his Florida residence in 2005, he clearly did not intend to live in Florida after he separated (and did not have a physical presence any longer in the state). He clearly intended to live in Spotsylvania County, which is also why he established a business there. What it does appear that he intended to do is to avoid paying Virginia State Income taxes! After all, Florida doesn’t have a state income tax.

I’d love to stop right there, but it gets even worse. According to Broward County records, his vehicle remained registered at the Florida home he sold in 2005. He re-registered it in 2006 and 2008 using that same address. According to Florida, in order from him to have registered his vehicle there, he would have had to provide his “Florida address of residence.” He did that by providing an address of a home that he sold in 2005. It’s clear why he didn’t want to re-register his vehicle in Spotsylvania County. He didn’t want to pay the car tax?!

He should have registered his car within 60 days of moving here, after he sold his home in Florida in 2005.

So there you have it. While all the hard working folks in Spotsylvania County were paying their taxes, McLaughlin was doing everything he could do to avoid paying them. Sounds illegal to us?! He also continued to vote where he clearly no longer resided. Voter fraud?

McLaughlin would have you believe that he has been living here for nine years, all the while he has done everything he can to claim “legal residency” in another state where he sold his home over six years ago.

And, yet another example of a local candidate who believes that he is above the law (see Eric Olsen). Integrity matters. Our local elected officials need to be held to the same standard that all of us would be held to – and maybe even higher.

Frankly, I don’t understand why anyone would support this guy in the first place. The Chancellor District already has one of the best Supervisors in the entire region in Hap Connors. You don’t have to take my word for it. Many Democrats and Republicans have endorsed Hap because he gets things done and knows how to work effectively across party lines. Constituents in the Chancellor District would be well served in returning him to office on November 8.