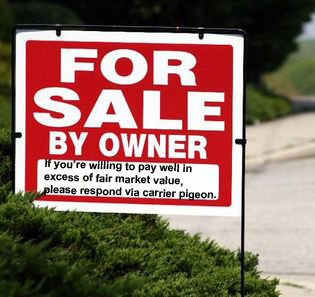 We’ve written extensively on various issues (see here, here and here) involving a recent lawsuit filed by Stafford County resident David Johnston challenging Eric “Law & Order” Olsen’s qualification to be on the ballot as a candidate for the Office of Commonwealth’s Attorney for Stafford County.

According to the Virginia State Board of Elections:

Some have asked us, what does it mean to be “domiciled”? According to the Virginia Administrative Code (1VAC20-40-10), a “domicile”

means a person’s primary home, the place where a person dwells and which he considers to be the center of his domestic, social, and civil life…Once a person has established domicile, establishing a new domicile requires that he intentionally abandon his old domicile.

We’ve spoken quite a bit about his places (see here and here) of abode and whether they were even valid addresses, but let’s make a big assumption that they were valid. The issue then falls to whether or not he is domiciled there.

According to the substantial facts and attendant circumstances presented in Johnston’s legal filing,

(a) Defendant Olsen’s family did not accompany him in his alleged move to Stafford County; and,

(b) Mr. Olsen’s teenage minor child remained in the Fredericksburg City Public Schools during all relevant times addressed herein, including at the present time of the filing of this petition; and,

(e) Mr. Olsen listed his home as for Sale by Owner, but listed the home at a selling price that upon information and belief was far in excess of its fair market value; and,

(f) Upon information and belief, Mr. Olsen frequently did not stay in said garage at 1257 Poplar Road during the relevant period of time, but instead continued to use his home in the City of Fredericksburg as his principal place of abode and dwelling, in company of his wife and teenage son.

Olsen has readily admitted that his wife and child did not accompany him in his alleged move to Stafford and that his son remains in Fredericksburg City Public Schools. Based on what is known to us at this time, we also believe that there is ample evidence to suggest that Olsen frequently did not stay in his garage apartment and instead continued to use his home in the City of Fredericksburg as his principal place of abode.

It’s clear to us that Olsen considers his home in Fredericksburg to be “the center of his domestic, social and civil life.” I don’t think this is a leap by any stretch of the imagination.

His home is also not listed by any realtor and it is being listed for sale by simply putting a “for Sale by Owner” sign in his front yard. Based on the filing, it suggests that Olsen has priced his home “far in excess of its fair market value.” I think it’s fair to say that he doesn’t intend to “intentionally abandon his old domicile” until the election results are clear. Let’s not forget that he finished dead last in a three-way race when he ran for Commonwealth’s Attorney in the City of Fredericksburg in 2008.

On November 8, we’ll be voting for Stafford County resident Tim Barbrow for Commonwealth’s Attorney. We won’t only be voting for him because of his Stafford residence, but also because he clearly is the better candidate with the best vision for Stafford County. He is well respected within the community for his integrity and trustworthiness – important qualities for this position.